Polity and foreign policy
POLITICAL SYSTEM AND STRUCTURE OF INDIA

A federal republic, the Republic of India as other democratic country, such has a constitution which governs it.

The government’s power can be divided into three branches: executive, judiciary and parliament. India is comprised of individual states. India’s central government has authority over these states and even has the authority to change the boundaries of the states.

Constitution of India is the supreme law of India. It lays down the framework defining fundamental political principles, establishes the structure, procedures, powers and duties, of the government and spells out the fundamental rights, directive principles and duties of citizens. It is the longest written constitution of any sovereign country in the world, containing 444 articles in 22 parts, 12 schedules and 94 amendments, for a total of 117,369 words in the English language version. Besides the English version, there is an official Hindi translation.

Passed by the Constituent Assembly on 26 November 1949, it came into effect on 26 January 1950. The date 26 January was chosen to commemorate the declaration of independence of 1930. It declares the Union of India to be a sovereign, socialist, secular, democratic republic, assuring its citizens of justice, equality, and liberty and, to promote among them all, fraternity. The words “socialist”, “secular”, “integrity” and “to promote among them all fraternity” were added to the definition in 1976 by constitutional amendment. India celebrates the adoption of the constitution on 26 January each year as Republican Day. After coming into effect, the Constitution replaced the Government of India Act 1935 as the governing document of India.

The Republic of India is the second most populous country and the world’s most-populous democracy and recently has one of the fastest economic growth rates in the world. With the world’s tenth largest military expenditures, and third largest by purchasing power parity, India is considered to be a regional power, and a potential global power. It is India’s growing international influence that increasingly gives it a more prominent voice in global affairs.

India has a long history of collaboration with several countries and is considered a leader of the developing world. India was one of the founding members of several international organizations, most notably the United Nations, theNon-Aligned Movement, the Asian Development Bank and the G20 industrial nations. India has also played an important and influential role in other international organizations like World Trade Organization, International Monetary Fund(IMF), G8+5 and Regional organizations India is a part of include SAARC andBIMSTEC. India has taken part in several UN peacekeeping missions and in 2007, it was the second-largest troop contributor to the United Nations. India is currently seeking a permanent seat in the UN Security Council, along with the G4 nations.

India, a union of states, is a Sovereign, Secular, Democratic Republic with a Parliamentary system of Government. The Indian polity is governed in terms of the Constitution, which was adopted by the Constituent Assembly on 26 November 1949 and came into force on 26 November 1950.

The Union Executive consists of the President, the Vice-President and Council of Ministers with the Prime Minister at the head to aid and advise the President.

The President is elected by members of an Electoral College consisting of elected members of both Houses of Parliament and Legislative Assemblies of the states, with suitable weightage given to each vote. His term of office is five years.

Among other powers, the President can proclaim an emergency in the country if he is satisfied that the security of the country or of any part of its territory is threatened whether by war or external agression or armed rebellion. When there is a failure of the constitutional machinery in a state, he can assume to himself all or any of the functions of the government of that state.

The Council of Ministers comprises Cabinet Ministers, Minister of States (independent charge or otherwise) and Deputy Ministers. Prime Minister communicates all decisions of the Council of Ministers relating to administration of affairs of the Union and proposals for legislation to the President. Generally, each department has an officer designated as secretary to the Government of India to advise Ministers on policy matters and general administration. The Cabinet Secretariat has an important coordinating role in decision making at highest level and operates under direction of Prime Minister.

The Legislative Arm of the Union, called Parliament, consists of the President, Rajya Sabha and Lok Sabha. All legislation requires consent of both houses of parliament. However, in case of money bills, the will of the Lok Sabha always prevails.

The Rajya Sabha consists of 245 members. Of these, 233 represent states and union territories and 12 members are nominated by the President. Elections to the Rajya Sabha are indirect; members are elected by the elected members of Legislative Assemblies of the concerned states. The Rajya Sabha is not subject to dissolution, one third of its members retire every second year.

The Lok Sabha is composed of representatives of the people chosen by direct election on the basis of universal adult suffrage. As of today, the Lok Sabha consists of 545 members with two members nominated by the President to represent the Anglo-Indian Community. Unless dissolved under unusual circumstances, the term of the Lok Sabha is five years.

The system of government in states closely resembles that of the Union. There are 25 states and seven Union territories in the country.

The Supreme Court is the apex court in the country. The High Court stands at the head of the state’s judicial administration. Each state is divided into judicial districts presided over by a district and sessions judge, who is the highest judicial authority in a district. Below him, there are courts of civil jurisdiction, known in different states as munsifs, sub-judges, civil judges and the like. Similarly, criminal judiciary comprises chief judicial magistrate and judicial magistrates of first and second class.

The Supreme Court of India comprises of the Chief Justice and not more than 25 other Judges appointed by the President. Judges hold office till 65 years of age.

Lok Adalats are voluntary agencies for resolution of disputes through conciliatory method.


Legislative Relations Between the Union and States

Parliament has the exclusive right to legislate in respect of items appearing in List I, called the “Union List”. This list includes area such as defense, foreign affairs, currency, income tax, excise duty, railways, shipping, posts and telegraphs, etc.

Both Parliament and the State Legislatures have the power to legislate in items appearing in List III of the Constitution which is known as “Concurrent List”. This list includes items like electricity, newspapers, criminal law, marriage and divorce, stamp duties, trade unions, price controls, etc. 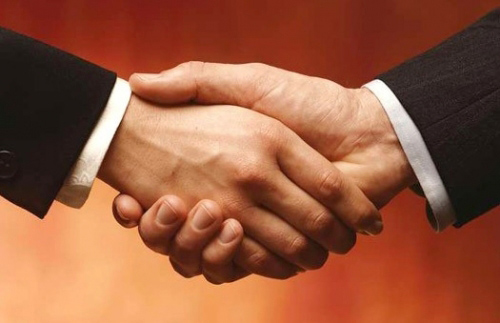